This itinerary offers you the chance to take in the important artistic and architectural features of both Pisa and Lucca. Two very different cities, they reveal the variety and beauty of northwestern Tuscany. You will be accompanied on the tour in vehicles that are equipped with a special NCC license, which allows the driver to enter into the historic center of town, thereby maximizing your time.

You will spend the morning discovering elegant Pisa and its Arno River. As in Florence, numerous beautiful bridges cross the river and elegant buildings line its banks. We will point out the most important ones and guide you through the city. No introductions are necessary for one of the most important monuments in the world: the leaning tower of Pisa, which people have observed with childlike amazement for centuries. Adding to the already stunning view is the Piazza del Duomo, also known as the Piazza of Miracles, as Gabriele D’Annunzio, the Italian poet, once called it.

Before lunch, you will be accompanied to Lucca. We will greet the city and its imposing walls with the music of the city’s most famous son, Giacomo Puccini, the composer of immortal masterpieces that are still performed on all the stages of the world. The center of Lucca has retained the flavor of the past. Your visit begins with a walk along the 16th century ramparts, from which you can see the two famous towers, Torre Giunigi and Torre delle Ore. Traditionally called “the city of a hundred churches,” Lucca contains numerous religious buildings from a wide variety of eras, including the Cathedral of San Martino, the Duomo cathedral of Lucca, and the beautiful Chiesa di San Michele. You will also visit the Piazza dell’Anfiteatro, which today is called the Piazza del Mercato, which once was the ancient Roman forum. The city of Lucca is particularly loved by foodies for culinary delights such as farro from Garfagnana  and “buccellato,” a sweet bread. 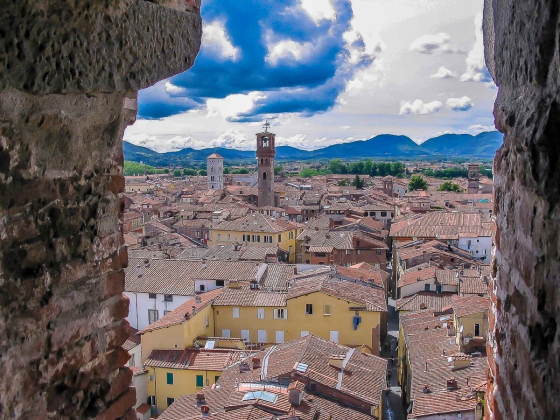 TRANSFERS AND TOURS
WITH COACH

Thanks to our special licenses NCC, We will organize private transfer also in 25 - 35 - 55 seater-coaches

We can pre-book ad sell you train tickets, via email, for any leg of the journey in Italy.

We will find a Tuscan villa for you immersed in the green of the countryside, equipped with all comforts and swimming pool